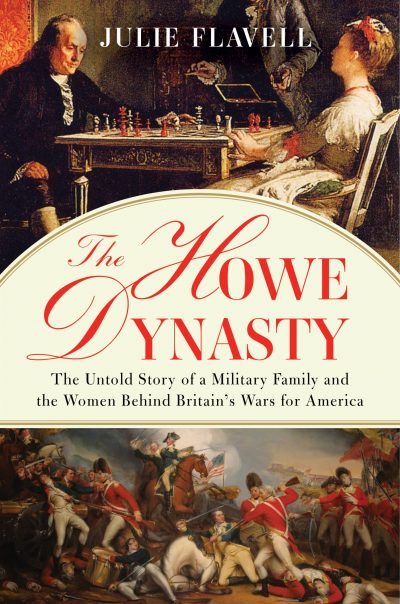 Finally revealing the family’s indefatigable women in addition to its legendary military figures, The Howe Dynasty recasts the British side of the American Revolution
Read more about my new book

“History is rarely such fun.”
Amanda Foreman, author of Georgiana, Duchess of Devonshire

“Flavell humanizes the Howes, and along the way allows us to watch as the emerging British Empire commits the greatest blunder in the history of British statecraft.”
Joseph J. Ellis, author of American Dialogue: The Founders and Us

The Howe Dynasty is forthcoming with
W.W. Norton and Company’s Liveright on July 20, 2021 in the U.S. and August 20, 2021 in Britain.  Come to the digital book launch at the Benjamin Franklin House, London on 24 August.